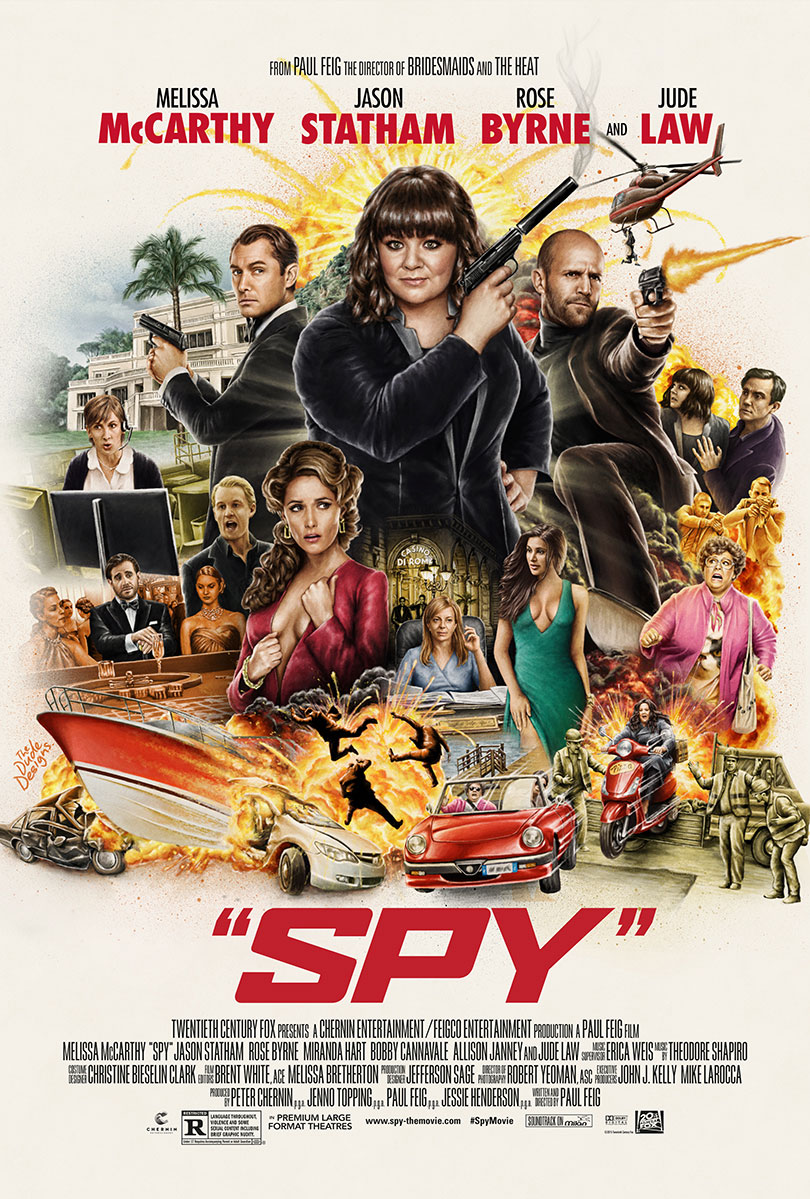 The second Paul Feig/Melissa McCarthy poster I did for mondo and fox. This time around they wanted a classic Bond tribute piece. Again there where a lot of characters requested to be included in the design, so it was a challenge to fit everyone in and still create a cool looking visual. I did a few different concepts and this was the preferred route which took inspiration from Roger Moore’s ‘The man with the golden gun’ & ‘Live and let die’ I painted Melissa in the classic Bond style pose, then brought in the Jude and Jason as representative of there characters, so Jude is the archetypal English spy and Jason is this gung-ho action character.

For the surround characters I didn’t want a pile of people or floating heads, so my aim was to put them in some context or action scenario, then utilising the 60s art styling to allow me to stylise the colouring of non background characters like the workmen etc. to knock them back and brake up the visual to prevent overcrowd elements. Then I had to add the typical speedboat, sports car, bike and helicopter action as well as lots of explosions. 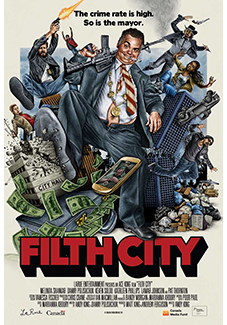 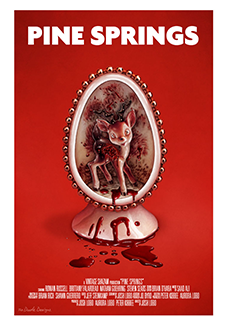