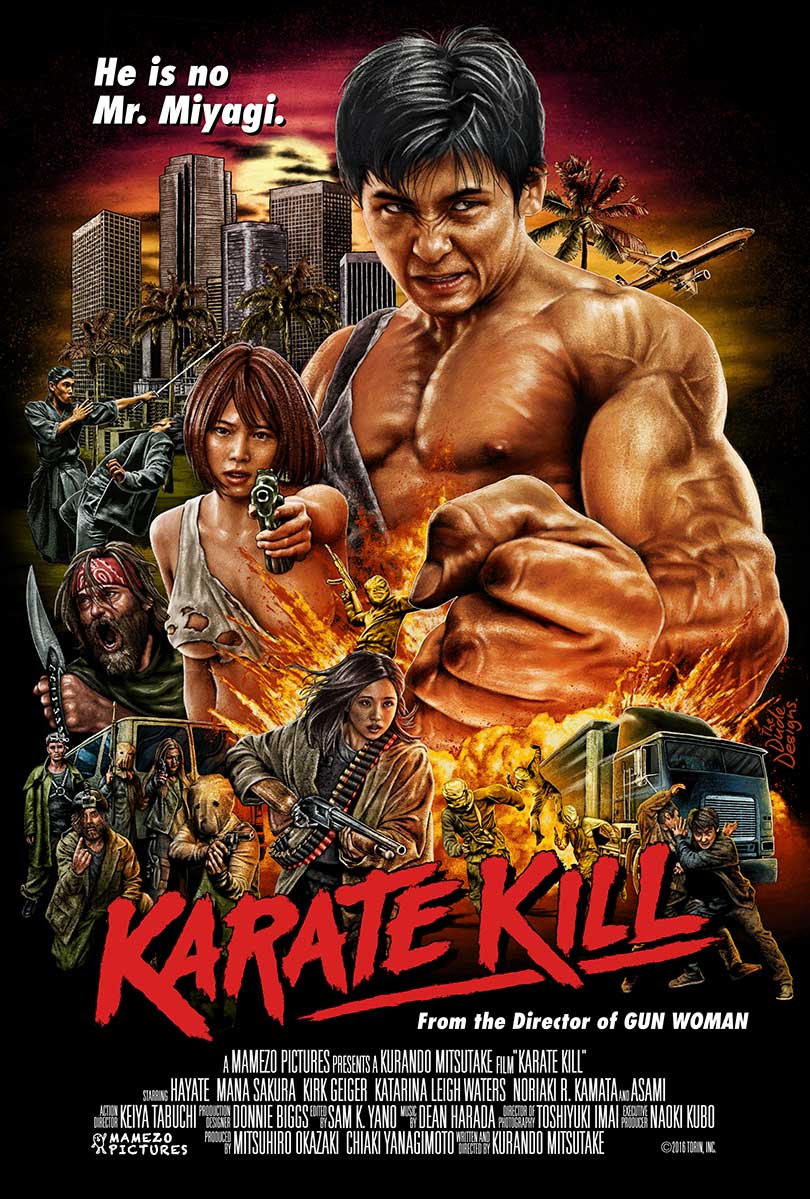 This is an artwork for a Japanese produced action film. I met director Kurando Mitsutake doing a convention in Germany and we chatted about working together so when this project came along he reached out to me as this was the prefect project. It is a martial arts, action, revenge film where the central character travels to L.A to find his missing sister who has been abducted by a crazed gang. Mitsutake liked the idea of incorporating a big fist for the central character, as I had done in the past with shotguns and axes. So I took that and ran with a very classic 80s VHS covers inspired design, in a similar tone to art for films like ‘Hands of Steel’ and ‘Over the Top’.

I also wanted massive bulging muscles on the hero to give him real sense of power and action. It then also needed some big explosions and a selection of the different action scenes, various characters and settings to create a truly classic action poster! 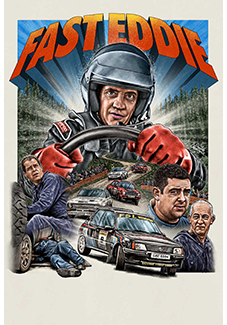 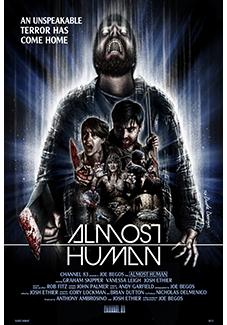 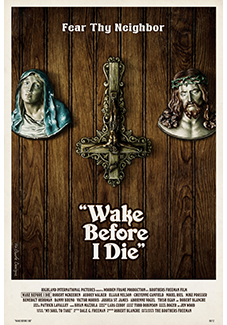 Wake Before I Die 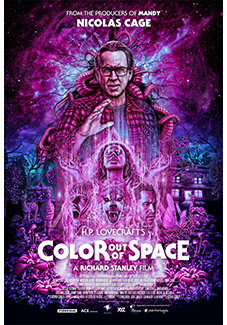